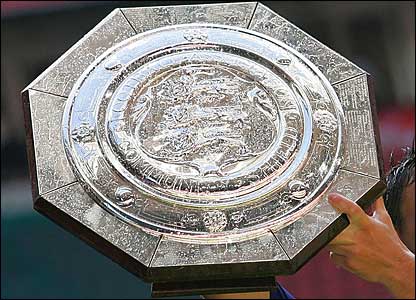 The English Premier League (EPL) is back after three months of rest and Current champions Manchester United and Fulham fights it out today evening in the Community Shield before the real battle begins for a whole new season coupled with fan frenzy and sheer madness. The big business of football keep growing huge every year with sponsors, TV rights and transfer of players where teams fork out millions of pound and Euro to acquire new stars,

My favorite team is Manchester United and today, I am gonna watch the match on Television. However, I must admit that out of 38 matches, I watch an average of five to six matches and it is a far cry from college days where I would make it a religious ritual to watch all football and cricket matches. I feel that business has robbed sports game of its sheer beauty and the love of the game is being rendered meaningless with the power of money.

This year the English Premier star with a difference as Man Utd charismatic manager, Sir Alex Fergusson has bid good bye to the game of football and we fans, will certainly miss his presence cheering his players and picking a fight with the game officials. It would be interesting to see how the Red Devil lads will cope with the retirement of Sir Alex and new manager, David Moyes has huge shoes to fill. How do I forget about fans expectations? Will Moyes be able to take the team to retain the championship title? The question remains. Another interesting development at the Theater 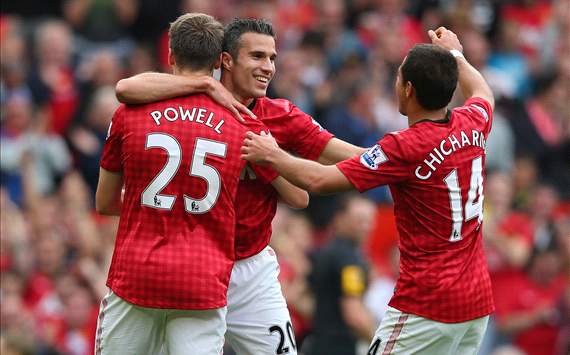 of Dreams, Old Trafford is Man Utd superstar, Wayne Rooney has shown his intention to leave the team and look for greener pasture.

There was a time at home when together with Dad, I would watch Man Utd playing on TV. Both of us would cheer for the time and shouting when the players are dropping the ball and missing the cue. Dad would shout when Man Utd score and Mom would rush to the hall, fearing that her dear husband was yelling in pain or that he is having some blood pressure or heart trouble. But, it was good fun as we would laugh together. Or, when I would take the taxi and rush to Colaba Mumbai where matches were played on giant screens at Sports Express Bar (SFX) with bottles of beers, the crowd cheering for their respective teams, jumping and thumping their foot. It was totally awesome. SFX would show Cricket and football matches live together on the big screen on Saturdays and Sundays.

Enjoy the match if you are a football and of course, cricket fans.